"Good God! what horror and destruction - it's impossible for me to describe - or you to form any idea of it." -- Alexander Hamilton, St. Croix, 1772. 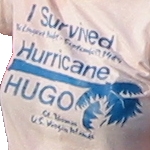 Hurricane Hugo struck while I was in elementary school. I spent the night huddled in a bed with 3 other people after most of the shutters and sliding glass doors in the house blew off. "I survived the longest night - September 17-18, 1989", and I still have the T-shirts to prove it! 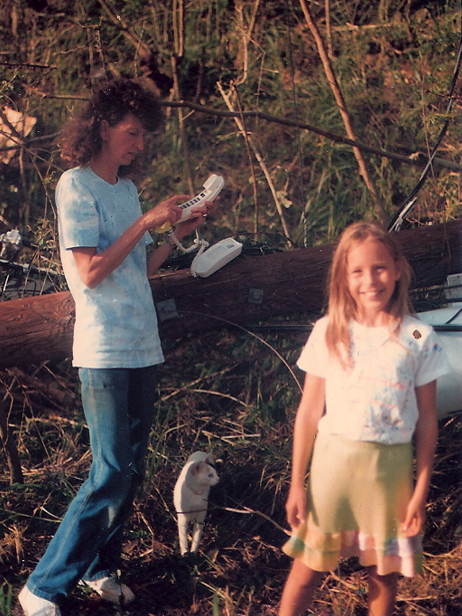 But the long aftermath was worse: more than 2 months without electricity or running water, and longer still without phones. At some point we discovered we could make phone calls off a downed telephone wire in the driveway using alligator clips. (Is this what led me later in life to a career in computer networking and internet service reliability?) 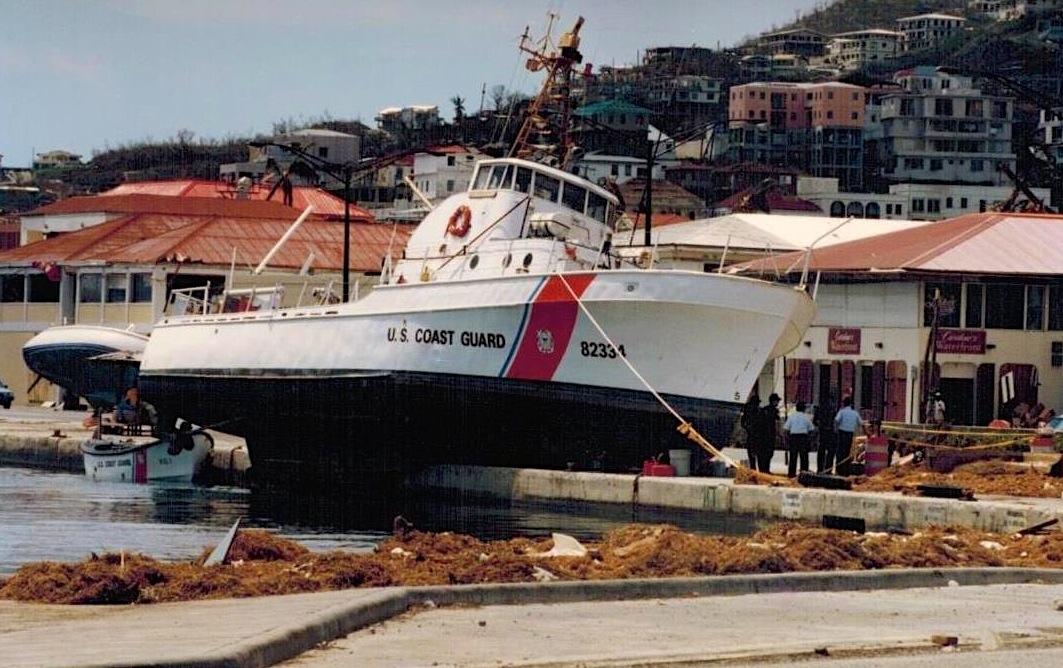 It was supposed to be a once-in-a-lifetime storm, and yet 6 years later, here we go again! This was one of the iconic images of Hurricane Marilyn, September 15-16, 1995. Protip: Don't leave your Coast Guard vessel in the harbor during a storm, unless you want it to be parked on waterfront. 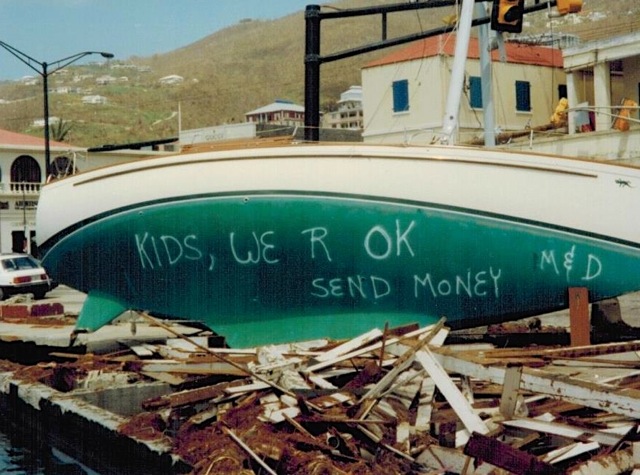 And another iconic image of Marilyn. All that really matters: "We R OK". Personally, we lost a small piece of our roof, and our second building lost most of its roof. We were without electricity for almost 3 months this time, and without phones until nearly the end of the school year, but this time we had a clunky cellular phone for rare calls. Life went on. 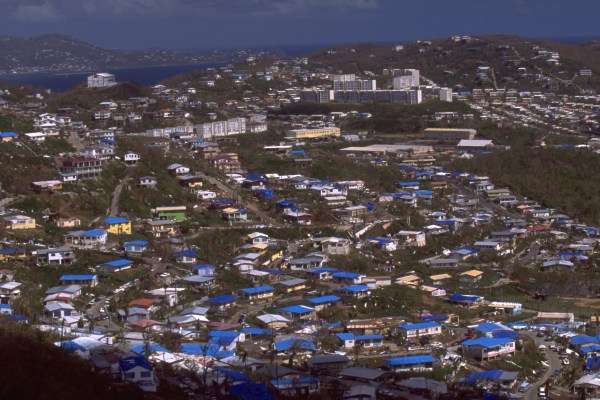 So many tarps! This was still a common sight when I left for college the next year. "Today is a little bit better than yesterday." -- Addie Ottley